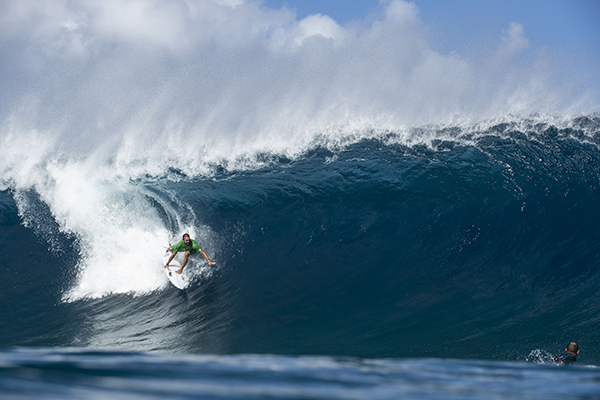 The spots Caio Ibelli cannot wait to surf in 2020

Make no mistake about it, being a professional surfer is a job. But what an epic way to be able to make a living. And, believe us, those who are blessed enough to be able to travel the world and dodge the corporate world in the process all do it because they love to surf. At the core of it, pros like World Surf League (WSL), Championship Tour (WCT) contender Caio Ibelli, love travelling to epic spots, getting to surf them at their best conditions with just a few other surfers out. For RYDers like Caio it’s about the stoke of getting to see these exotic places and meet the rad locals.

Ahead of the first event on the Gold Coast where the waiting period opens on the 26th of March, we asked Ciao which spots he’s most excited about travelling to, this year.

Caio says: “It’s one my favorite waves in the world. If there was a natural wave pool in the world, this would be it. The Gold Coast is just magical, with warm and clear water. It barrels and it’s long… And it always seems to be sunny! Without a doubt one of my favorite stops on tour.”

Caio says: “This will be the first time that I’ll be going there and I’m very excited. I love lefts and I really love barrels. I feel like G-Land will be the perfect mix between big turns and barrels. Plus, it’s Indonesia, which has the most perfect waves in the world! “It’s always good to compete there; every event there is really good!”

Caio says: “The other place I’m really excited to go to, is J-Bay. It’s a right-hander and I just love surfing that wave – the lines you can draw on that long canvas! I don’t think you can do it anywhere else. Also, the contrast of it being so cold and blasting offshore (compared to the other warm tropical spots) I think is really good for the Tour.”

Caio says: “Tahiti is paradise. It’s a really special place for me – I did really well there last year and I hope I can do the same in 2020. I hope it’s big and perfect too! Look, that wave scares me, but I relish the challenge and I feel like when I’m afraid it brings out the best in my surfing because I am focused. I put in a lot of time at Teahupo’o and train really hard for it, so let’s hope it pays off.”

Where: Centro region, Portugal
Type of wave: Peaky beach break. Arguably one of the best beachies on the planet
Best time of year: April to September.

Caio says: “I grew up surfing a place close to my home in Brazil which is very similar. Peniche feels like the cold-water version of that spot, actually. I love that there are always waves… Because it’s a bay it’s always offshore somewhere. We go there to compete, but if the contest is off there are always waves, you just have to find your bank and then you’re mostly surfing by yourself! That’s the best part about it.”

We’ll be living the dream with Caio this year and watch him surf the good waves!